This year I set myself a challenge to read 50 books. I figured that worked out around one a week, which seemed do-able, and I’m pleased to report I had hit my target by November 8! People often ask me for book recommendations so I thought I would take my blog off-brand and do a little roundup of the best stuff I’ve read this year! I know a lot of people who have read it and I’ve never heard anyone speak of Americanah in anything less than absolutely glowing terms. The mix of a glorious, absorbing story about wonderfully fleshed-out characters and sharp as hell essays on race and gender as an African woman in America combine to form a really extraordinary work. As a clueless white girl, it gave me a lot to think about and I’m really, really glad I read it. This is the first book I read in 2014 and it really got my year off to a strong start. A beautiful reading experience that’s also a learning experience? I felt proper spoiled by Americanah. This is a lovely, lovely book. A real pleasure and extremely comforting. You’ll see I have a natural attraction to thrillers and crime, so for this collection of letters from a nanny to her sister to have made it into my faves, it’s got to be good. I don’t care if Alan Bennett says the anecdotes about him are embellished or untrue, to be honest: they’re so charming and funny I want them to be true. You like Nina a great deal, and really warm to how she sees her friends and the family she works for. You like watching her have crushes and watching her assess the boyfriends of her employer and watching her having to deal with looking after two young boys and occasionally messing up but mostly you just like watching her bumble through work and university and human interactions. It’s the literary equivalent of the perfectly-made cup of tea. Every time anyone asked for a book recommendation this year, I went straight to Apple Tree Yard. I can’t fully explain how much I adored this book, how completely thrilling and compelling and sickening and distressing I found it, so please just read it so I don’t have to justify it. It says so much about lust, womanhood, gender politics, self-delusion, malaise and is a gripping, gripping thriller. I raced through it, loving the writing and wanting to get to the bottom of the central intrigue. For what should be a standard crime thriller, it felt horribly human, especially in how it portrays our cultural contempt for women. To quote Craig David, it’s slicker than your average.

The Paying Guests by Sarah Waters My second-favourite queer lady tale I read this year (favourite featured in Part II of this series). I had previously read no Sarah Waters, which I now see is probably an oversight (see also: David Nicholls, who we will come to momentarily), because I’m, for whatever reason, prejudiced against ‘historical fiction’ (see also: The Miniaturist, which we will come to momentarily). The Paying Guests, then, was an exercise in my overcoming these arbitrary beefs I’d imposed that were standing between me and quality literature. It is an outstanding thriller, not a whodunnit or howdunnit like Apple Tree Yard and Alex, but a… howtheygonnagetoutofthefacttheydunnit. It’s rich with bleak period detail and harsh reminders that The Past is not a wholesome, romantic place, but also packed with a swoonsome portrait of infatuation. I’m a fan of books about culpability and guilt, such as The Secret History by Donna Tartt and Thérèse Raquin by Émile Zola, so this was a real joy.

The Miniaturist by Jessie Burton My kind and wonderful literary agent pal Juliet sent me some books this summer to cheer me up after my breakup. One of the books she sent was a debut novel, The Miniaturist, set in Amsterdam in the 17th century. “Hmmm… it’s not my usual sort of thing… it’s historical and seems kind of whimsical… but Juliet’s really into it and… I can’t not read it now she’s sent me it… I’ll just read it and tell her I liked it” – this was the thought process inside my horrible little head. Turns out, as soon as I started reading it, I became obsessed and no such lie was required. It’s properly magical: the plot is dense and seamlessly woven, and Jessie Burton’s writing feels like a tremendous golden gift. I absolutely adored this book when I thought I was going to grudgingly plod through it, and I absolutely cannot wait for her to write more.

Us by David Nicholls I am the last remaining person in the country who has not read One Day. Until I read Us, I was the last remaining person who had read no David Nicholls at all. I might read some more on the basis that I enjoyed Us a great deal. It’s actually pretty painful to read in parts, and, as my dad grimly informed me when he lent me it, “a bit close to home” in terms of how it depicts the gnawing, grating ebb and flow of interfamily dynamics and affections. It’s also got moments that are so sweet and funny and fun that it reminds you why people put themselves through parenthood and romance and marriage. I also felt pretty inspired to take off and go on a Grand Tour around Europe of my very own, looking at art and eating alone. 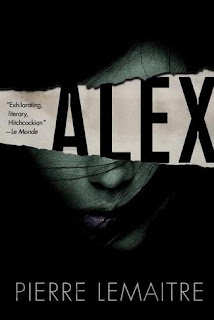 The beginning of Alex is not super promising. It seems a bit one-note and you wonder how the plot is possibly going to be sustained. Then, just as you’re about to go ‘nah, I’m over this’ it just lurches off the track and goes down absolutely unpredicted and unpredictable routes at a delicious pace. To be able to completely flip your perception of the plot and characters throughout the story is a difficult thing, which this author achieves like it’s no big deal. Alex is an Apple Tree Yard-level thriller with a similar sense of social conscience and social commentary.