Square
Some are born fabulous, some have fabulosity thrust upon them. I don’t know which category Scottee falls into, but running Burger Queen makes him as good as it gets. Not content with being an utterly badass performance artist, he’s also running a live game show for chubsters!
Every Thursday in March, the divine Scottee will be whittling down a wide range of fantastic fatties in his unique game show for chubs. Make it all the way to the end, and YOU could be crowned Burger Queen 2012. The heats are judged by everyone from Paloma Faith to Immodesty Blaize to Scottee’s mum to Nick Grimshaw, not to mention the resident judge, fierce fat femme Amy Lamé (be still my beating heart). The winner will receive £100 COLD HARD CASH, £400 in prizes from Burger Queen’s sponsors, the much-coveted Burger Queen medal, the golden unhappy meal and for all you show-offs out there, the chance to perform with Camp at the Roundhouse! 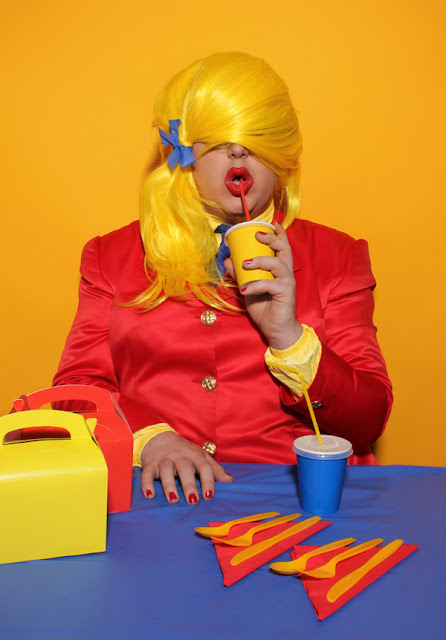 My beloved Lauren of Pocket Rocket fame is entering, I’m trying to work up the courage and the imagination to follow suit, but seriously, and even if you don’t enter you MUST come down to the Royal Vauxhall Tavern.
Burger Queen heats are on every Thursday in March, and the RVT is found at 372 Kennington Lane, Vauxhall, SE11.
If you need any further info or encouragement, go here to check out the Burger Queen site and if you want to know more about Scottee’s incredible career, go here.
Sounds fun, right?!